BC’s Provincial State of Emergency: From Floods to Fires

We continue to hear that human-driven climate change is resulting in more extreme weather events. We anticipate climate change to bring about more environmental extremes, but have we done enough to truly prepare for these changes? 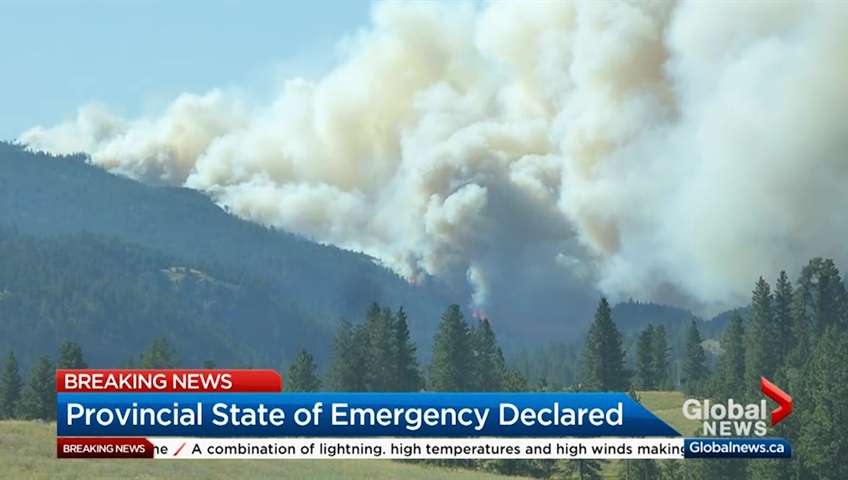 Today, our fellow British Columbians are experiencing these very climate extremes. Earlier this summer, a wet start to the season caused severe flooding and mudslides in communities in B.C.’s Southern Interior, such as the Central Okanagan.

The flooding was reminiscent of the rampant flooding across the Kootenay region and parts of the Fraser Valley in 2012, when nearly 700 British Columbians were forced to evacuate their homes to avoid dangers posed by rising floodwaters.

The unusually wet season was followed by extremely hot and dry weather--conditions that have facilitated the spread of wildfires. As wildfires ignited near communities throughout the BC interior, over 40,000 people have already been evacuated. The BC government was forced to call the first provincial state of emergency in almost 15 years. Kevin Shrepnek, BC’s fire Chief of Information has called the situation “fluid and volatile.” He told the Globe and Mail, “the fact that we declared a state of emergency across the province speaks to how serious this situation is.”

According to the POLIS Water Sustainability project these extreme swings are not a new trend, but rather the new normal. In the Pacific Northwest, climate change is expected to increase the precipitation that falls during the winter and spring, while the summer and fall seasons are projected to be hotter and drier. Consequently, increased flooding during the spring months and wildfire during the summer months are in line with climate projections. According to the Climate Impacts Group based out of the University of Washington, occurrences of wildfires could be double historical averages by the year 2020 and triple by the year 2050.

Climate change is here and now, and we ought to act decisively and swiftly to mitigate its impacts. To this end, we must call on our newly-elected B.C. government to act now to build provincial capacity to make the province more resilient to droughts and floods. We need policies that are science-based and respectful of Indigenous rights. Environmental sustainability of both land and water must be at the front of our new government’s agenda.

The Water Sustainability Act (WSA) is an opportunity to push this agenda forward. The WSA opens the door for sustainable management by allowing local communities to have a stronger say on the issues that affect our shared waters. It provides tools to initiate science-based monitoring and reporting. It enables the creation of tools to link sustainable land-use planning with healthy watersheds. However, although the Act was passed in 2014 under our previous provincial government, we have yet to see action in many key areas.

Fortunately, many local organizations such as Fraser Riverkeeper, Watershed Watch Salmon Society and the Canadian Freshwater Alliance, through the Our Water BC campaign, have been working hard to inform our new government of this pressing need. We need to bring environmental sustainability and the better management of freshwater to the forefront of the political agenda, and there are a few ways we can do this. You can write to your MLA, share your water story and sign the petition for the promised pricing review.

Acting decisively and quickly to protect our land and water in the face of climate change is an imperative. The longer we wait, the more extensive the impacts and the higher the price tag. We need to invest in climate-smart infrastructure that both mitigates the impacts of climate change and increases our communities’ resilience to its impacts.