In our day and age, it’s hard to believe that untreated sewage is still released into our waterways. Unfortunately, it continues to plague our waterways, including Lake Erie.

About 4.4% of wastewater produced by Canadians ends up, untreated, in our waterways. In Ontario, this number is smaller: 1% of wastewater is discharged, untreated, to lakes, rivers and streams. 1% might not seem like much, but in absolute terms it is a shockingly large number: an average of 17.4 billion litres of sewage per year—or nearly enough to fill 7,000 Olympic size swimming pools—is released to freshwater bodies.

To be fair, we have come a long way from where we were. Back in the 1960s and 1970s, cities on both sides of the border used to dump all their sewage, untreated, into Lake Erie and its tributaries (rivers and streams that run into Lake Erie). Environmental laws in Canada and the US eventually made that illegal, and both countries invested billions of dollars in wastewater treatment plants.

Of course, Ontarians are not the only ones who call Lake Erie home: we share this great lake with other jurisdictions. Michigan, Ohio, Pennsylvania and New York state all border Lake Erie, and what happens there affects us. Last spring, reports surfaced that a community in Ohio released 142,000 gallons (537,000L) directly to Lake Erie.

Untreated sewage ends up in our lakes, rivers, and oceans largely due to something called Combined Sewer Overflows (CSOs). In many communities, stormwater and sewage are collected and conveyed in the same pipes. When there are heavy rains, these pipes can become overwhelmed. In order to avoid sewage and stormwater backing up into residents’ houses, these pipes instead release these untreated waters directly into water bodies. 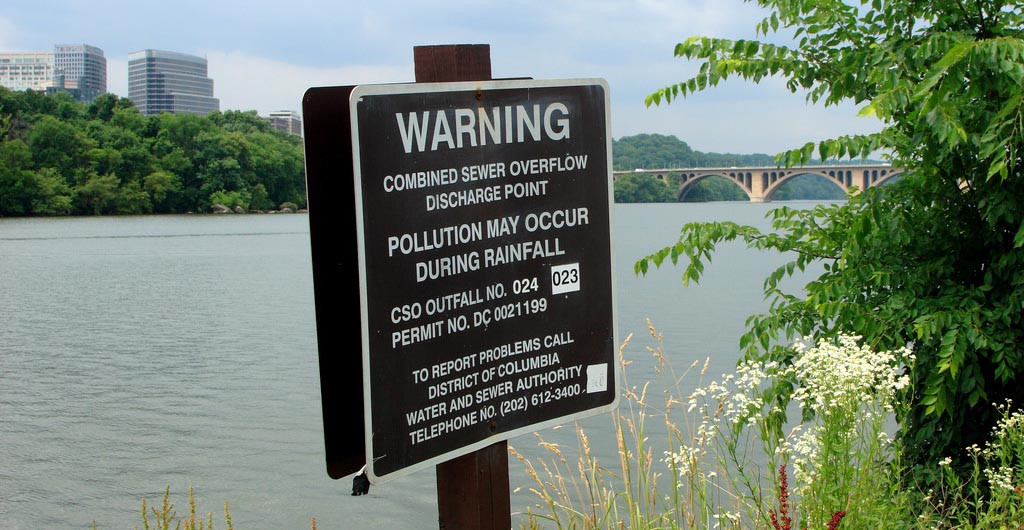 Many cities are now working to separate stormwater and sewage pipes. For example, the City of London has separated 49km of combined pipes since 2008 and is working on more. It’s important work, but it’s slow-going and expensive.

Why is it bad?

We all intuitively understand that sewage is yucky. Nobody is excited to swim and recreate in sewage-affected waters.

As you can imagine, untreated sewage wreaks hazard on water quality. It can be contaminated with all kinds of bacteria (like E.Coli), viruses (like Giardia) and parasites which can make people and animals sick—and may even be lethal. It also is very high in phosphorus and nitrogen, so can contribute to nutrient pollution, which can drive harmful and toxic algal blooms.