The Freshwater Alliance is lucky to be joined by five fresh faces this summer! Meet our new staff.

Joining us in BC

Alyssa Allchurch (based in Victoria, BC on the unceded Coast Salish territory of the Lekwungen and WSANEC nations)

Alyssa is joining the CFA team for the summer as the Cowichan Coordinator. She will be working towards developing and mobilizing volunteers in key communities to take action for their watersheds. If you are part of or interested in the work of the CodeBlue BC community then look out for a call from her this summer! A little-known fact about Alyssa: In her teenage years she worked as an actress and was an extra in a movie with Neil Patrick Harris!

Alyssa’s Water Story: Growing up in Calgary, Alberta, her grandparents had a cabin on Lac Ste. Anne where she used to spend her summers. As she grew up, every year the water quality of the lake would decrease drastically. Blue-green algae blooms, weed overgrowth and murky water conditions became more and more frequent each year. This made it clear to her from a young age that our watersheds needed defending and they needed it now. With a knowledge base in marine and freshwater ecology, she is looking forward to complimenting her science-based background with advocacy and policy work to drive change in local communities.

Katia Bannister (based in Cowichan Valley, BC on the unceded territory of the Coast Salish and Hul'q'umi'num speaking peoples)

Katia is joining the Canadian Freshwater Alliance as an Education Program Coordinator in British Columbia. She's excited to support the current community-led fight to ban commercial water extraction in B.C., and also to use her writing and photography skills to document tangible advocacy, education, and ecological restoration work being done to secure local watersheds on Vancouver Island. Fun fact about Katia: She has lived in the same house her entire life!

Katia's Water Story: I grew up on Thetis Island, a small Gulf Island located in the Salish Sea. Surrounded by the ocean as far as the eye can see, water has always been an important part of my life. As I grew older, I began having to leave my island community for work, school and volunteer opportunities — and found my second home amid the rivers, streams, marshes and lakes of the Cowichan Valley. Since then I’ve spent my summers swimming in the Cowichan River and my autumns doing riparian ecological restoration work along its edge. But I'm worried. The health of the Cowichan watershed is currently at risk because of anthropogenic environmental degradation and climate change. With the Canadian Freshwater Alliance, I want to work to secure the future of my watershed, as well as the communities and biodiversity it supports.

Joining us in Ontario 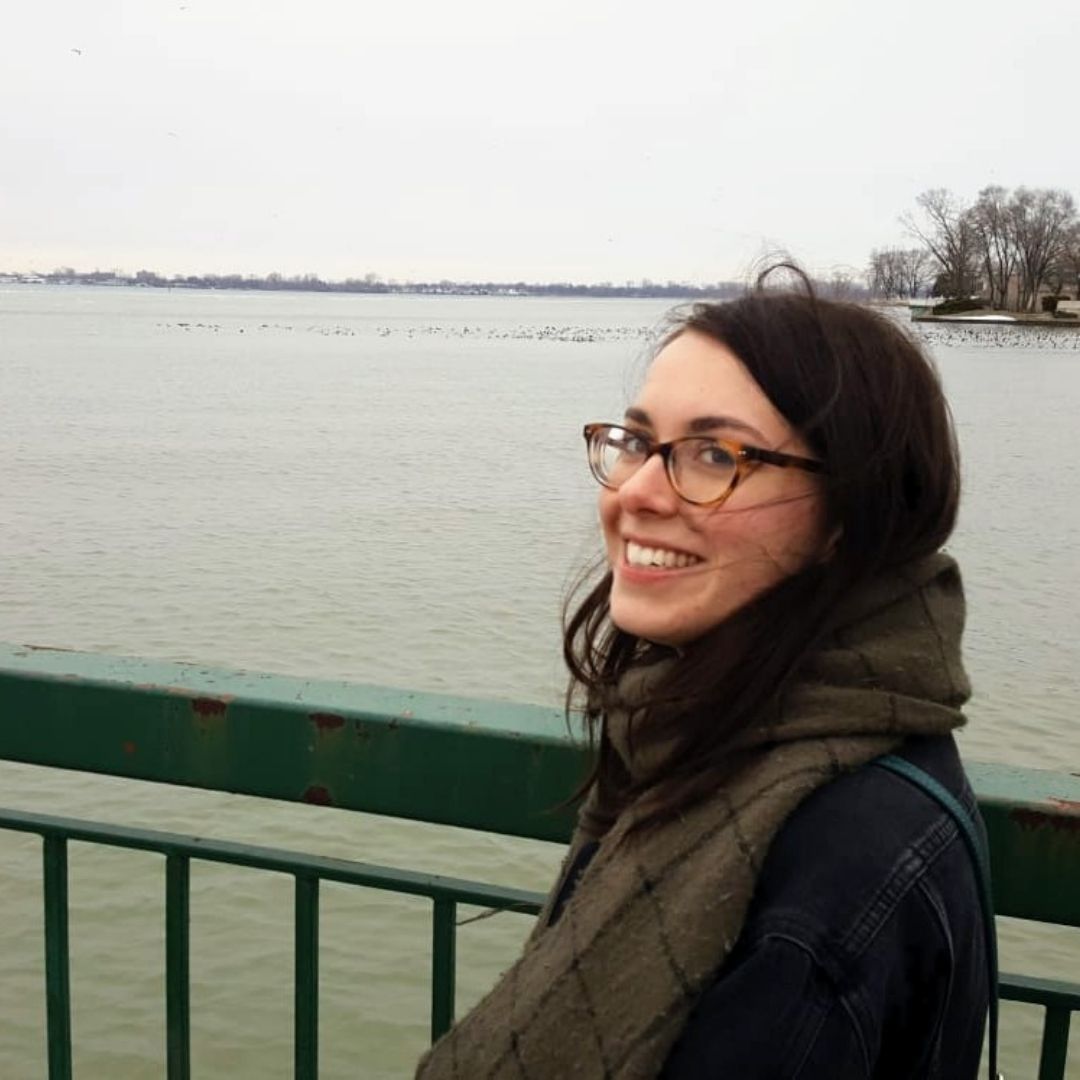 Kelly Laforet (based in Windsor, ON on the traditional territory of the Anishinabek Three Fires Confederacy comprised of the Ojibwe, Odawa, and Potawatomi. This region is also home to the Wyandot of Anderdon Nation and the unceded territory of Caldwell First Nation)

Kelly is joining our Great Lakes team as an Education Coordinator. She will be assisting with the planning of this year’s Lake Erie Challenge, researching and writing blog posts on freshwater issues, and working to support environmental stewardship in the region.

Kelly’s water story: My water story starts as a teenager cleaning fish flies off the dining patio of my first job. Most years, my hometown of Tecumseh was joined by what seemed like billions of these insects - buildings fully coated and streetlights blacked out by their swarms. Although I lived among fish flies every year, I didn't know much about them. After a little bit of research (i.e. Googling "what are fish flies?") I learned about the connections between fish flies, Lake St. Clair, and Lake Erie. I also learned that they're formally known as mayflies, much to my surprise. But no matter what you call them, fish flies are an integral part of our lakes and even an indicator of their health. They live among us because we share an ecosystem - a home, and since they're sensitive to freshwater pollution, it's actually a good sign that they do. I started to better appreciate that 'nature' is not just some far-off concept reserved for awe-inspiring mountains or lush forests. Nature is there wherever you are: in ditches, cracks in the pavement, and yes, smelly insects coating a building.

Julien Robertson (based in London, ON on the traditional territory of the Anishnaabek, the Haudenosaunee, the Lūnaapéewak, and the Attawandaron peoples)

Julien is joining the Great Lakes Team as an Education Coordinator for the London Area. They will be planning the Antler River Race and supporting the Great Lakes team with the Lake Erie Challenge, and other projects. Julien has a background in ecosystem restoration and community organizing. He enjoys learning new plant/animal names and is interested in the ways people interact with nature in urban environments.

Julien’s water story: I spent my childhood catching frogs and looking for insects in the pond near my home. By the time I graduated high school I had explored all the forested streams in my hometown of Aurora, Ontario. Unfortunately, the pond near my home had been filled in to make a park. This made me feel like nature was lost, only to be found elsewhere, away from development. Searching for adventure I found myself in the forests of BC, where I spent my time trudging across cutblocks in search of the best mineral soil to plant a tree. Witnessing the effects of clearcutting on the land troubled me. After spending time advocating for forestry reform in Victoria, I briefly returned to the cutblocks, but only long enough to suffer a spinal cord injury. I returned home to heal and reconnect with my roots. It was here that I saw that nature wasn’t someplace else. It was right here. The forested streams of my hometown are corridors of biodiversity that connect all the developments. Continuously flowing, even if they were diverted, built over, and forgotten, it is these waters that connect us all. This realization has inspired me to develop a better relationship with the lands and waters that I reside on. I relearned how to walk by the same forested streams that I grew up near. Placing my best foot forward, this is where my story begins. 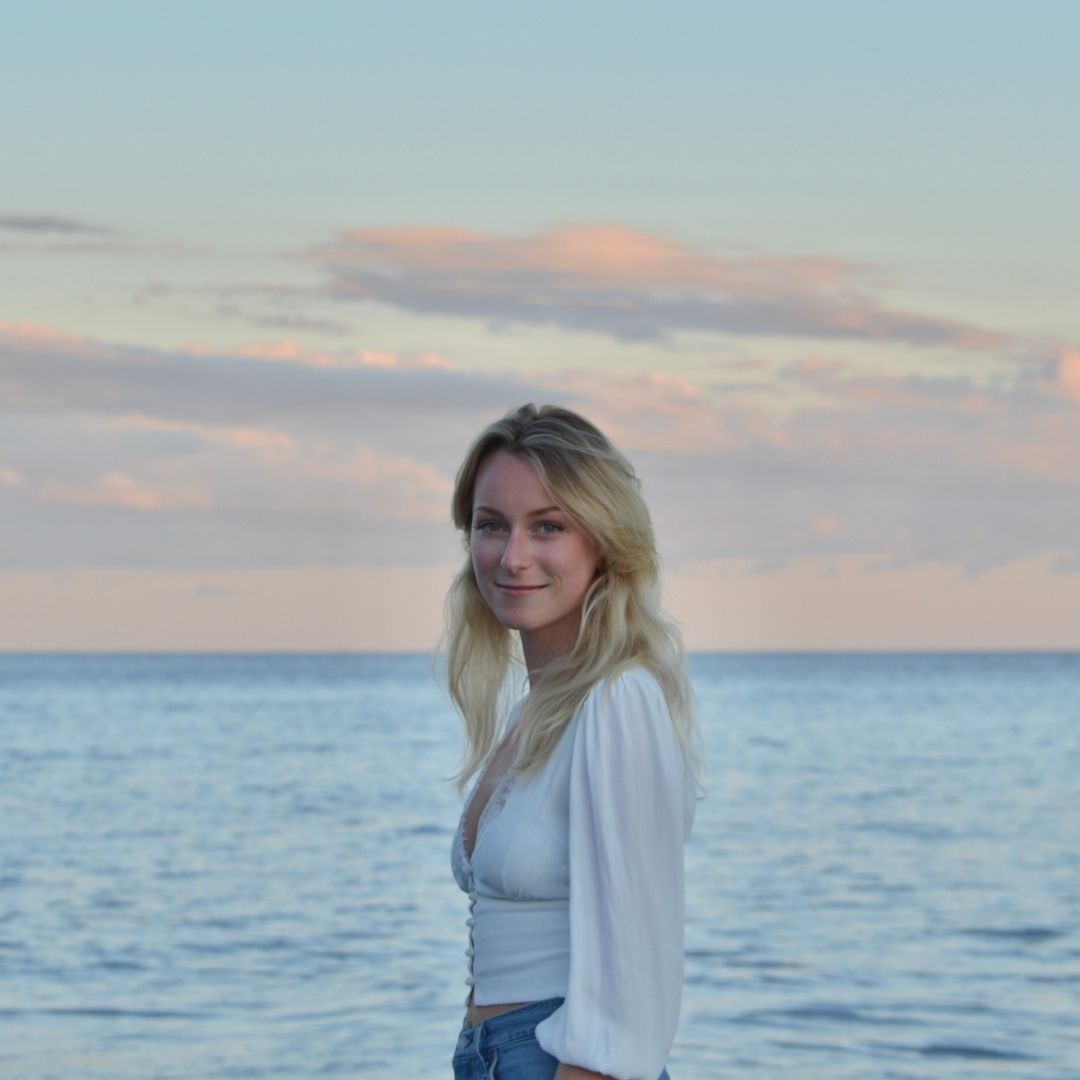 Julia Foody (based in Norfolk County, ON, on the traditional territory of the Anishnawbe, Haudenosaunee, and Attawandaron)

Julia joined our Great Lakes team as an Education Coordinator for the Norfolk County area. She will be assisting with the planning of the Lake Erie Challenge and creating media content to engage the community in freshwater issues.

Julia’s water story: I was lucky enough to have grown up spending my summers on the beaches of Long Point ON. I have countless memories of playing in the water, swimming, sailing, and more recently learning to kiteboard on Lake Erie. When I was younger, I loved walking the beach looking for frogs, turtles, and exploring the wilderness this stretch of beach had to offer. Over time, I’ve witnessed the beaches erode and the wildlife become scarce and often endangered. This, along with the compounding pressures of climate change, led me to environmental studies where I became interested in the balance between social, environmental, and economic needs.