Spanning 273 km, the Thames River (also known as the Antler River) begins as two different branches that converge in London, ON, continuing to flow downward past Chatham-Kent, before it empties into Lake St. Clair. A total of 5285 km² of land drains into the Antler River making it an impressive watershed; the second largest in Southwestern Ontario. 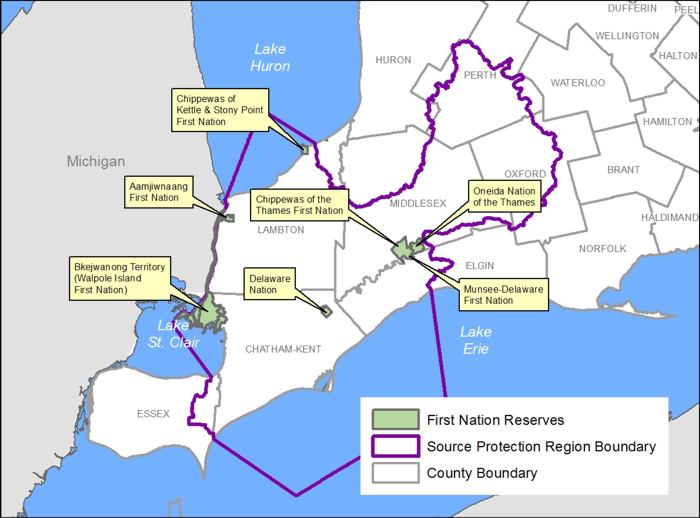 This river is currently referred to as the Thames River, however, this name was only adopted in 1793 by British colonists. The river, being over 15,000 years old, has a much longer history under other names by the local First Nations people. The Deshkan Ziibi (pronounced Dash-kun-zee-bee) is the traditional name of the river in Anishinaabemowin, the Ojibwe language spoken by the local Anishinaabe peoples that have lived beside the river for generations. Translated into English, Deshkan Ziibi means ‘Antler River’. For the multiple First Nations groups, the Antler River is not merely a source of water, nor a historical source of travel- it’s a spiritual center of life and culture that continues into the present.

The Antler River has a layered human history. Indigenous peoples have occupied the land surrounding the river since time immemorial. Archeological evidence points to a human presence here for at least 10,000 years. The Anishinaabe, Haudenosaunee and Leni-Lunaape Peoples continue to live on and care for the river. Some of the earliest evidence of agricultural activity in the area that would become Canada comes from the Thames watershed, as traditional uses of the river by a number of First Nations cultures included fishing, gathering, and transport. During the spring and summer when fish such as sturgeons were abundant, large fishing encampments would be set up on the river banks to feed communities.

The Antler River watershed was the focus of European settlement starting in the 17th century. As Europeans settled in the area, clearing land for agricultural and urban developments, tensions with Indigenous inhabitants grew. Treaties and agreements were eventually made between the settlers and the original inhabitants, but ultimately these were rarely respected by the settlers (to learn more about the history of Indigenous-European relations in the Antler River watershed, go here). Europeans (re)named the river the Thames River, hearkening to the River Thames in England. In addition to settlement, the river served as a gateway for the fur trade and the site of military battles, including the Battle of the Thames in 1813. The land surrounding the river was even the final stretch of the journey for many escaping slavery prior to the American Civil war, as many escaped slaves settled near Chatham after travelling from as far as the southern states in the United States of America through the underground railroad. 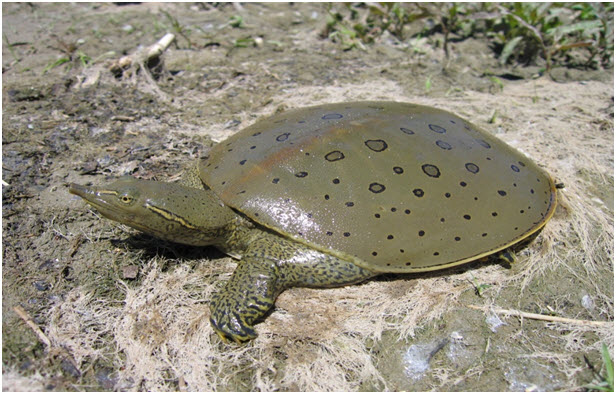 The river meanders through many distinct ecosystems, sustaining a host of plant and animal species—including many endangered and at-risk populations. The Antler River supports one of the most diverse fish populations in Canada with 90 species of fish, such as the endangered Northern Madtom and the Eastern Sand Darter, which call the river home. Thirty reptile and amphibian species, one of which is the threatened and highly unique spiny softshell turtle, live in and along the rivers’ waters. The river also hosts 30 freshwater mussel species—which little is known about, and which are in decline. Many birds cohabitate around the Antler River, including the great blue heron and bank swallow.

One of the most surprising details about the Antler River is that it is morphologically quite similar to what it was 300 years ago. The upper portion of the river is an ancient glacier drainage channel that was formed during the last glacial period. The rocky river beds and gorges with steep walls that we still see today were formed during this time. On its way down from this higher ground, the Antler River has cut its way through softer earth, like clay and sand. The lower part of the river, therefore, is shallower and slower moving than the upper river.

Photograph by Kevin Callan of his Nova Craft Canoe on the Banks of the Antler River, Photo Source

The Antler River offers a variety of opportunities for recreation: the many parks along the river’s banks are available for activities like picnics and birdwatching; the waters of the river offer the more adventurous among us opportunities for sailing, canoeing, kayaking and fishing, to name a few. Hiking and walking enthusiasts enjoy the hundreds of kilometres of trails and walkways surrounding the river, such as the Thames Valley Trail which measures 110 km in length.

The historical, ecological and recreational significance of the Antler River are such that it was named an official Canadian Heritage River in 2000.

Interested in getting out and exploring the Antler River/Thames River? Register now for the 2021 Antler River Race!